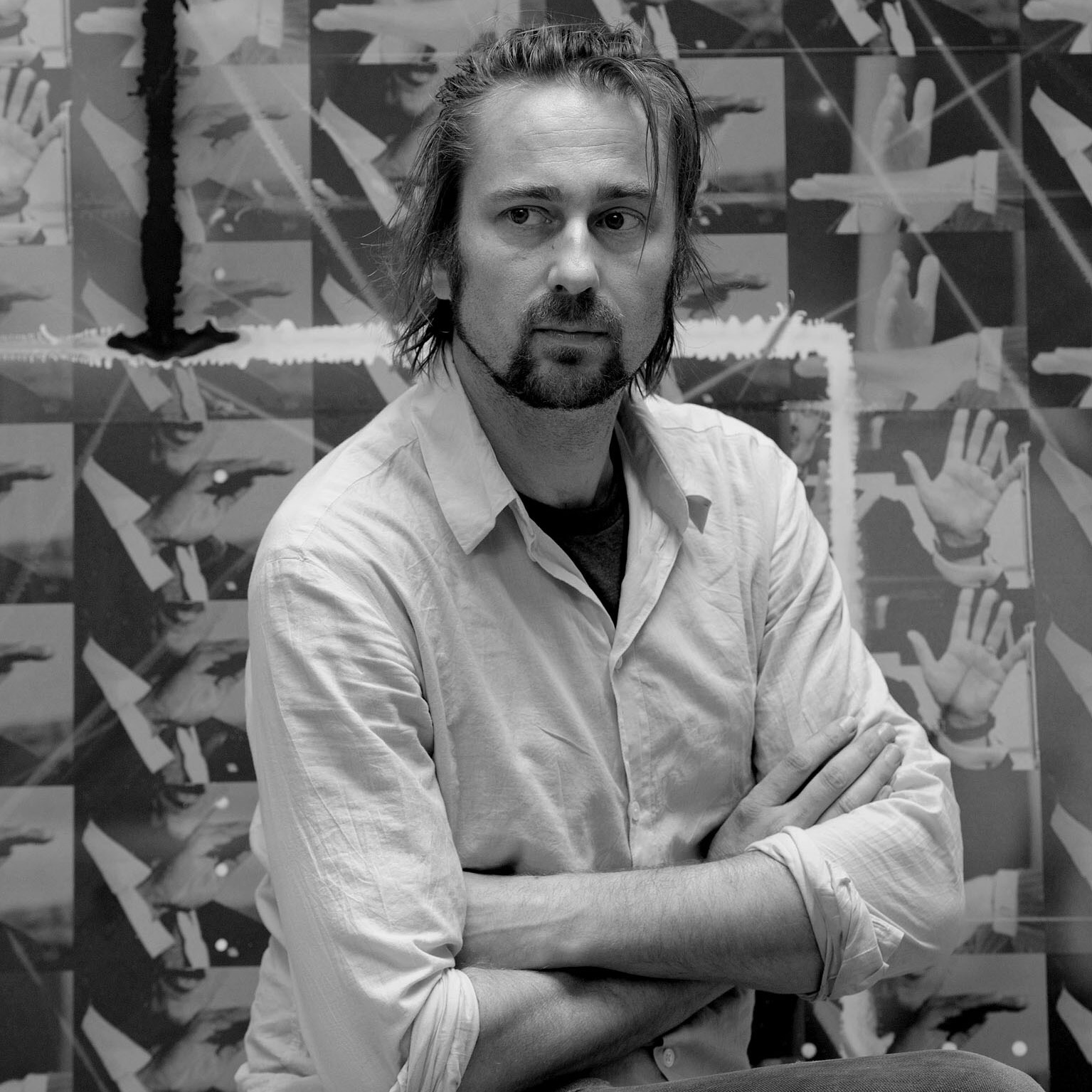 Thomas Baumann *1967 in Altenmarkt (Austria) lives and works in Vienna. Baumann studied painting and graphic arts ( at Max Melcher), as well as sculpture ( at Bruno Grironcoli) at the Academy of Fine Arts Vienna from 1985 to 1993. Since his early works, he used software-controlled machines to realize his works, making him one of the pioneers of cybernetic art. His pieces often deal with communication between man and machine, or rather with the question of to what extent we as humans can communicate with each other through signs (codes) - and through the machines - and what transformation language undergoes as a result. The theme of the wave is also a recurring motif in Baumann's work. Most recently, he was able to convince with the work "Shape and Shade" for the media facade of the Kunsthaus Graz, which he developed together with Herbert Brandl. His works have long been exhibited beyond Austria's borders and are part of international collections including Kunsthalle Wien (Vienna);  -Secession Vienna;  Kunsthaus Graz; Kunsthalle (Basel);  Slought Foundation (Philadelphia); etc.